We have 142 guests and no members online

Free Quality Education For All 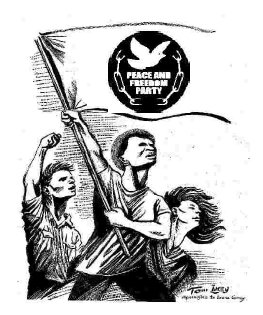 The governor and the legislature have cut almost $15 billion from the state budget, 78% of it from education. They made millions in cuts from already underfunded community colleges.

The community college system must grow, not shrink. It is a gateway for all students to a university education. It provides job skills for people in a changing economy and enrichment for all seeking lifelong learning.

Tax the Rich and their Corporations

Business leaders say they need a well-educated work force, but they don't want to pay taxes to support education. They are using the economic crisis to further attack public services which they have been starving for decades.

We can split property tax rolls so that corporate properties are taxed at their real value instead of the Proposition 13 subsidy rate. We can raise taxes on profits, wealth and high incomes and impose a severance tax on oil pumped from our land. The money is there. We just need to unite and fight for it.

Say No to Prop 1A - No Spending Cap on Our Needs

The May 19 special election seals the deal the legislature made to pass the budget. Proposition 1A will limit state spending in prosperous years so that education and other public services will continue to be on a starvation diet.

The budget deal increases taxes which affect the poorest people the most. It raises the sales tax and reduces the state income tax exemption credit for children. While we pay more taxes, new tax loopholes will give billions of dollars to big corporations.

Stop the spending cap and cut short the new taxes. Vote "NO" on Prop 1A.

United We Fight, Divided We Beg

Students, teachers, public employees, disabled people, retirees and all working-class people face the same crisis. We must organize together for what we need. We can join public actions such as the May 1 demonstrations, when workers all across the state will protest cuts in wages and benefits, the privatization of their jobs, and attacks on immigrant families. We can also work to get rid of the 2/3 vote requirement in the legislature for passing a budget or taxes.

It's time to reject the Democrats and Republicans, the parties of the rich and the corporations, and build a party run by and for working-class people. In California, you can register in the Peace and Freedom Party, the only party on the ballot which stands for changing our capitalist system of profit and greed into a socialist system based on democracy and cooperation.