We have 144 guests and no members online

This article was originally published in Partisan issue no. 27, printed April 2009. 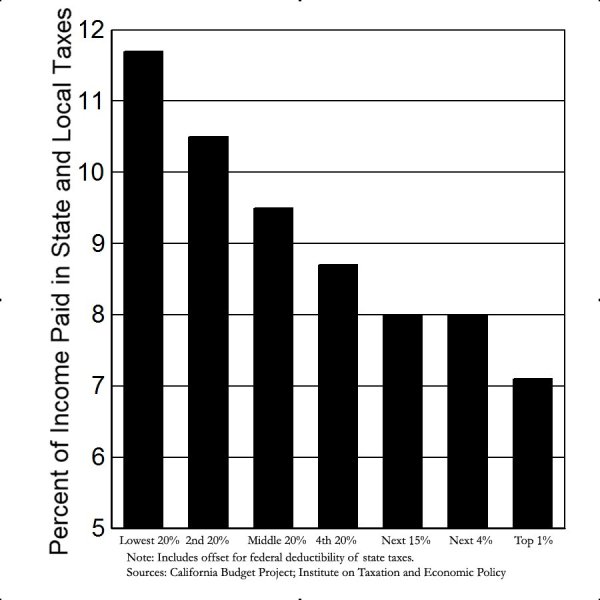 "Regressive" taxation means the less money you have, the higher a percentage you pay in taxes.

"Progressive" taxation means the more money you have, the higher a percentage you pay in taxes.

The chart above shows how taxes were skewed in California before the new budget deal. The poor were already paying more of their income than the rich. Now they will pay more yet.