We have 355 guests and no members online

Ths column was originally published in Partisan issue no. 25, printed May 2008. 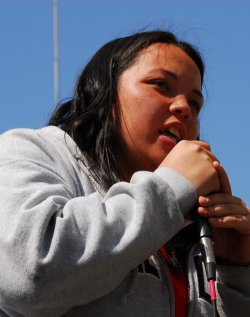 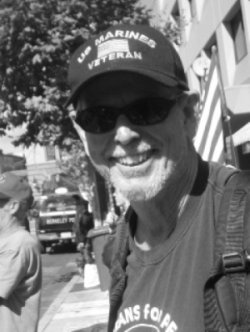 With the primary election in June refreshing the membership of the central committees in each county and statewide, this column concentrates on candidacies for partisan office and central committee posts. Much more information on all the campaigns for Assembly, State Senate and Congress will be featured in the next issue of the Partisan, due in late August. Except for the 9th Assembly district, all candidates for partisan office are unopposed and will be on the November ballot.

CONTRA COSTA. For the first time in this millennium, Contra Costa will elect a central committee. Two are on the ballot, and there are multiple write-in candidacies as well. Bill Callison is the candidate for Congress in the 7th District, that also includes most of Solano County.

FRESNO. With three central committee members on the ballot, one new, Fresno County will continue its very active role. John Crockford is the skilled host of the state Peace and Freedom Party website.

LOS ANGELES. With the most voters in the state, LA may also have the largest central committee, with about 25 likely to be elected, about half write-ins. Lucilla Esguerra, student organizer for peace and human rights, is California's youngest 2008 candidate for State Assembly at the age of 18. Her central LA 48th District runs along the west side of the Harbor Freeway.

MADERA. The single member of the County Central Committee, who is being reelected, works closely with the Fresno committee.

RIVERSIDE. Though only two candidates will be elected to the central committee in June, at least two more currently serving will be reappointed after the election.

SACRAMENTO. With duelling write-in campaigns in one or two districts and many candidates on the ballot, Sacramento will also elect a large central committee, with as many as 20 members. Those elected should all be able to attend the August State Convention, as it will be held in Sacramento. In addition to the unusual race in the 9th Assembly District (see below), there are other candidates for partisan office from the state capital: Karen Martinez for State Assembly in the Fifth District, including a little of Placer County; Dina Padilla for Congress in the Third District, including Alpine, Amador, Calaveras and part of Solano Counties; and Linda Roberts for Congress in the Fifth District, entirely within Sacramento County.

SAN FRANCISCO. For the first time in decades, San Francisco will elect someone to every central committee post, with a contested race in the 13th AD and duelling write-ins in the 12th AD. In the 12th Congressional District Nathalie Hrizi is "running to say NO to war, racism and exploitation." The district includes most of neighboring San Mateo county.

SANTA CRUZ. Between those on the ballot and several competing write-ins, Santa Cruz County will elect a full central committee.

SONOMA. Sonoma County will elect one to the central committee.