We have 38 guests and no members online 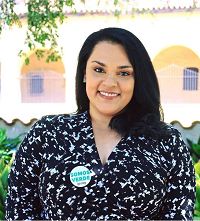 Angelica’s statement upon receiving the PFP endorsement is as follows

“The Angelica Dueñas for Congress campaign is a grassroots movement of beautiful individuals dedicated to building a future of peace, justice, democracy and equality, all out of our love for humanity. We hope to build a future where All have the right to Shelter, Food, Education and Employment through a movement of Peace and Unity.”

To volunteer, donate or find out more about the Dueñas for U.S. Congress campaign, please visit Angelica4Congress.com. The campaign’s Facebook page may be found here.