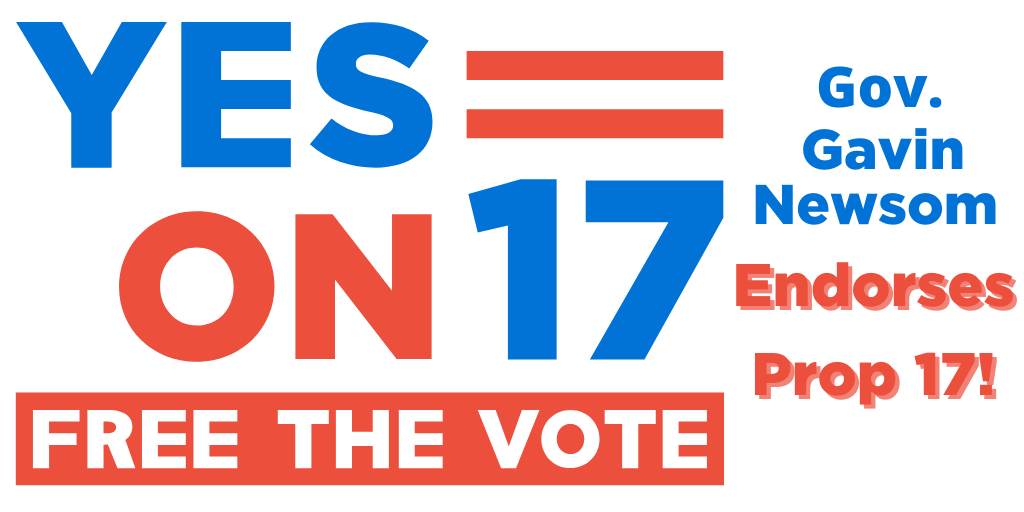 California Proposition 17, also known as the Voting Rights Restoration for Persons on Parole Amendment (2020), would give the right to vote back to the tens of thousands of Americans who have been released from jail on parole. Continuing to deny these people their right to vote, when they have been deemed willing and capable of reintegration into society by the very justice system that incarcerated them, is illogical and wrong.

Prop 17, originally introduced as ACA 6, is a constitutional amendment that is sponsored by #cut50, a bipartisan effort to cut crime across the U.S., as well as the ACLU of California and the League of Women Voters of California. Prop 17 seeks to restore the right to vote for people released from prison on parole and in so doing join the 19 other states who already allow their parolees to vote.

As it turns out, there is legal precedence for the voting rights of those serving their time in their communities: Current California law denies the right to vote to people out on parole, but not those on probation. If the people who have been allowed to serve their sentence at home can retain their right to vote, it does not make sense to withhold that right from the people who have been approved to do the same thing. Passage of Prop 17 would amend Sections 2 and 4 of Article II of the California Constitution, allowing people who complete their term in prison to vote while out on parole.

With this in mind, it is clear that current laws that deny the right to vote to parolees but allow this right for those on probation disproportionately target and disenfranchise minority communities. The ACLU says that disenfranchisement of those on parole, but not on probation, amounts to “voter suppression” and that the “nearly 50,000 Californians on parole [who] pay taxes at the local, state, and federal levels [are] denied a voice in the policies that shape their lives.”

The Peace and Freedom Party encourages Californians to VOTE YES on PROP 17  in the November election to help end felony disenfranchisement and uphold racial equality and democracy.