We have 21 guests and no members online 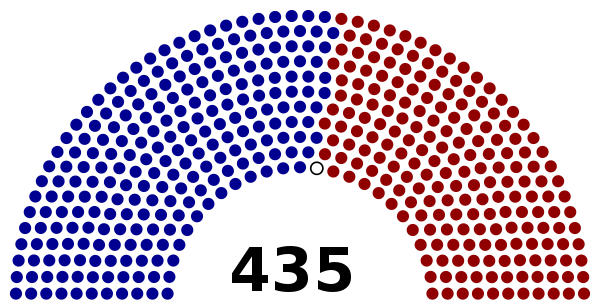 Bathed in the soothing waters of the Blue Wave, such that it was, a new US Congress will be baptized on January 3rd. But what portends when “Mad Dog” Mattis, arch racist Jeff Sessions, and deep state spooks are canonized by self-identified liberals and leftists as bulwarks against fascism? When all mainstream "opposition" politics can be reduced to a single issue: Trump. And when the midterm elections ignored deepening impoverishment at home, endless wars abroad, and climate calamity – let alone the tax cut for the super-rich – and instead focused on the "threat" posed by (take your pick) immigrants or the Russians.

For the first time ever, the Gallup poll reported that most Democrats favor socialism over capitalism. And for good reason: as the Occupy movement proclaimed, “the system isn’t broken, it’s fixed.” An observer from the UK quipped, “If the midterm elections would have changed anything, they would not have been allowed.”

The American body politic is in deep malaise with the current administration. But neoliberal rule is the disease, and Trump merely the symptom. The conditions that allowed the ascendancy of Trump were the result of the neoliberal policies of Obama/Bush and of their predecessors. Trump does not so much represent a break or reversal of Obama era policies. Rather, we are suffering a continuation and intensification of those policies as the body politic lurches to the right.

The Leadup to the New Congress

The good news for US democracy was the largest voter turnout in half a century for the congressional mid-term elections. For the 66% of the US population under 50 years, it was the highest in their lifetime. The more sobering news is that even with this record turnout, the majority of eligible voters didn’t vote, while the pool of eligible voters is diminished by felony disenfranchisement and other laws and practices depending on the state.

Beyond the microcosm of the corporate two-party system, there is a universe out there and even issues that transcend one’s affection or distaste for Trump. What if we had an electoral system in which the vast majority of eligible voters were motivated to participate?

A glimpse of the smoldering discontent within the US electorate was seen in the vaguely insurgent candidacies in 2016; of Trump, with his faux populist appeal to those dispossessed by an economy that left them behind, and of Sanders with his critique of income inequality in a rigged system. For now, those grassroots potentials for genuine change have been contained and domesticated within the two-party system, dedicated above all to preserve existing power relationships.

Only 30 of 435 seats (7%) in the House were considered truly contested. Fully 74% of the seats were considered solidly safe for their respective parties; 183 for the Democrats and 137 for the Republicans.

In my one-party state of California, Senator-for-life Diane Feinstein ran against a fellow Democrat. Our peculiar institution of placing only the top two winners of the primaries, regardless of party, on the general election ballot barred voters from voting for, or even writing in, a third-party choice, let alone a Republican.

So, the majority of eligible voters sat out the midterm spectacle, simply not bothering with politicians awash in ever more obscene tsunamis of corporate cash.

Nancy Pelosi, representing San Francisco’s congressional district, spent an astronomical $5,111,387 for her virtually uncontested House seat. Her Republican opponent spent a paltry $12,443, barely enough to place a campaign statement on the ballot and pay for the postage to mail it. Had Pelosi sat out the campaign as did her opponent, Pelosi still would have coasted to victory on party and name recognition.

There is a reason why Pelosi, running in an absolutely safe district, outspent her opponent 410 to 1. Pelosi doled out her millions to other candidates running for the House who will then repay the favor by electing her majority leader of the new Congress. In other words, she served as the bag lady for her corporate donors to gain that position, which is not insignificant. Were Trump to become any more puffed up with ego and explode, taking Pence with him, Pelosi would be the next POTUS paid for by Facebook, Amazon, and the American Hospital Association.

Elections as currently constituted are auditions by politicians performing for the big money interests who cast those best at conning the electorate. 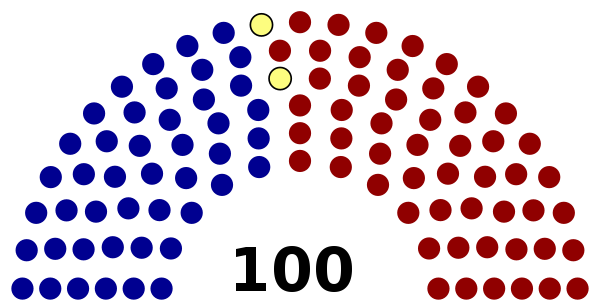 Who Are Our Friends – Who Are Our Enemies?
The present oligarch of the Oval Office is not a friend of working people, even if in his erratic behavior he may on occasion stumble to the left, as with his flirtation with détente rather than nuclear war with Russia. Cautionary note: Trump is not about to reverse the US imperial project.

What was shocking about Trump’s intention to withdraw US troops from Syria was not the suddenness of the announcement. In fact, this was a campaign promise made when he was candidate Trump and reiterated since. What shocked and indeed infuriated the establishment was that a politician was actually following through on a campaign promise that would draw down a US military invasion and occupation. For now, at least, Trump has broken with the time-honored US electoral tradition (e.g., Obama’s promise to close Guantánamo) of promising the electorate peace and giving them war.

Remember the Democrats’ promise of a “peace dividend” at the end of the old Cold War in the early 1990s? Now they are the war party nipping at Trump’s haunches from the right, goading him into an ever more aggressive new Cold War. Democrats voted 2 to 1 to increase, rather than cut, Trump’s first military budget. Democrats are vehemently against drawing down US troops in the Middle East and positively apoplectic about the threat of peace breaking out in the Korean Peninsula.

It goes without saying that Trump and the Republicans are no an alternative for progressive social change. Unfortunately, traditional liberalism is also a dead end. There has been no major progressive legislation passed since the mid-1970s. According to Noam Chomsky, the last liberal president was Richard Nixon. Liberals, because they no longer even pretend to have a progressive agenda, are relegated to the role of, on one hand, legitimizing those to the right and, on the other, attacking genuine progressives, especially those representing third parties such as the Greens or the Peace and Freedom Party.

In the Hall of Mirrors Called the Democratic Party, the Lesser Evil Becomes the Other Evil 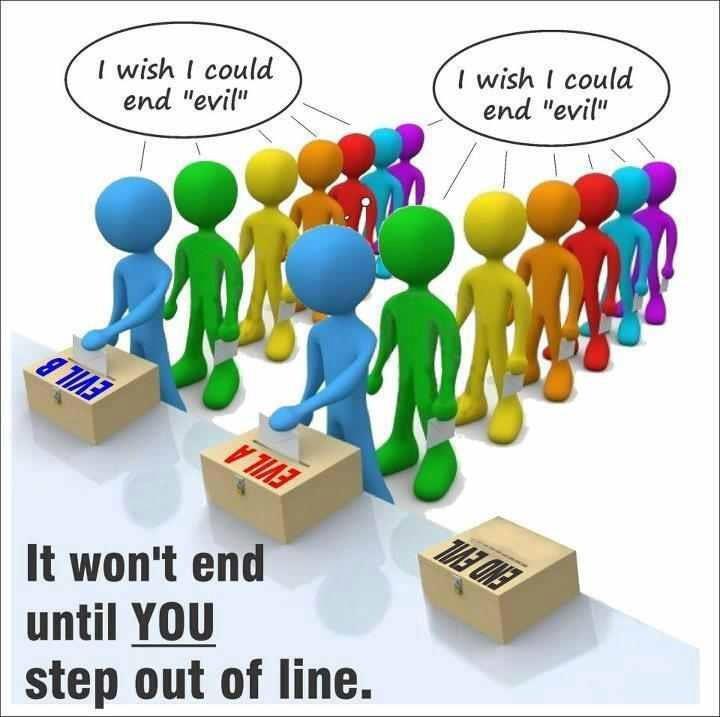 With brand Obama, the Democratic Party had peddled hope to the masses. That advertising appeal no longer passes the red face test. The new marketing strategy by leftish apologists for the Democrats is to be sophisticatedly unapologetic about the deep corruption of the electoral party of their choice.

• Noam Chomsky laments “a New Democrat leadership that panders to the donor class.”

• Filmmaker Michael Moore bemoans how the Democrats paved the way for Trump.

• Blogger Paul Street deplores: “Yes, the Democrats are horrible. They make my skin crawl. I’ve documented their record as a pack of ‘lying neoliberal warmongers…’”

And then they all urge us, in the words of Street, “to hold one’s nose and vote ‘for’ the Dems” once again, and again, and again…and forever. Presumably to reward them for bad behavior.

The latest addition to the Democratic Party leadership is party caucus leader Hakeem Jeffries, an African American from New York City. Although a member of the Progressive Caucus, he earned his spurs attacking single-payer healthcare and Bernie Sanders from the right, while being a leading champion of charter schools and the security state. It is difficult to tell left from right in the hall of mirrors called the Democratic Party.

With the realignment of the Democratic Party, it is no longer the “lesser evil” but the “other evil.” Meanwhile, both the economy and the polity have become more concentrated and less democratic with an ever-wealthier elite perched atop of an ever-growing surveillance state, mass incarceration, and censored media on the internet.

Lacking a substantive progressive agenda, Trump is the best thing that could happen to the Democrats, whose main platform is the resurrection of the anti-Trump candidate. Will it be Oprah, Hillary, Biden, Beto, or even Bernie? The Democratic Party leadership preferred Trump as the Republican presidential candidate, showing it chose to risk a Trump presidency rather than a Sanders one, which would have been beyond the comfort zone of their corporate funders.

That was the dark secret revealed by DNC emails made public by Wikileaks. Which well explains why the Democrats have been obsessed with promoting Russiagate as a distraction and are so vindictive against Wikileaks editor Julian Assange. 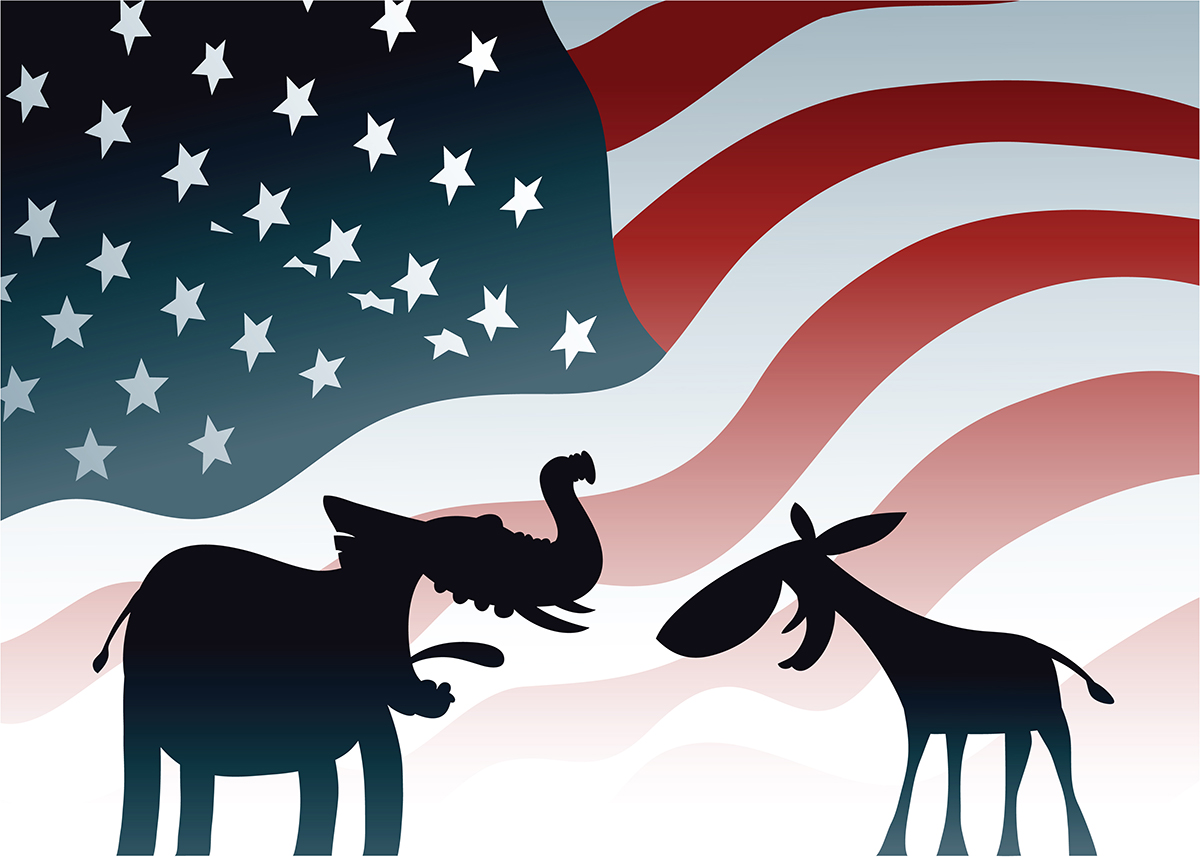 A Political Party of Another Kind

With the Democrats and Republicans feeding from the same corporate trough, how different can the two parties be? The following report on a political party of another kind gives an indication.

Washington Post heiress Lally Weymouth held a swank party in the Hamptons for the ruling elite. In keeping with the virulently anti-Trump/pro-Democrat editorial line of the Post, the guest list included Senator Chuck Schumer, former governor/senator Bob Graham, and other Democratic Party politicians along with billionaire funders of the party such as George Soros, Ronald Lauder, and Carl Icahn.

But, hey, this was a ruling class party. So also attending were Ivanka Trump and Jared Kushner, a number of Trump’s cabinet secretaries, and fat-cat Republican funder David Koch of the Koch brothers.

As reporter Maureen Callahan observed: “Weymouth’s party is the latest reminder that for all the bruising rhetoric, the constant polls showing a deeply divided America and the most polarizing president in history, our battle isn’t red vs. blue, right vs. left: It’s about the 1% vs. the rest of us. They laugh as we take their political theater for real.”

Roger Harris is on the state central committee of the Peace and Freedom Party, the only ballot-qualified socialist and feminist party in California.