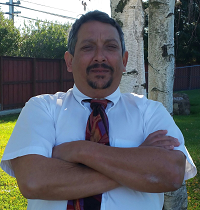 Jason’s introduction to voters is as follows.

“Hello, I am Jason Kishineff, Green Party candidate for Congress in district 5, California. I was inspired by Bernie Sanders to run in order to take over the Congress and end Citizens United with a constitutional amendment, although I’m pretty sure Bernie took a wrong turn at Albuquerque...

“The goal remains the same: kicking corporate interests out of our political system, so that we can pass a people’s agenda. One thing I have learned from Bernie is that it is necessary to form coalitions with people or groups whenever you have common interests, and I believe we have many, which is why I sought the Peace and Freedom Party endorsement.

“Some of my other priorities include stopping the destruction of our planet from fracking and oil dependency; universal healthcare and universal college education; ending for-profit wars; real electoral reform that includes greater debate access for parties like ours; and reforming the racist criminal justice system.”

To contribute, volunteer or find out more about the Kishineff for U.S. Congress campaign, please visit Kishineff.org. For a succinct video summary on Jason’s platform, please click here.