We have 145 guests and no members online

Resolution on Justice for the Chagossians and Withdrawal from Diego Garcia

The following was adopted as a Peace and Freedom Party resolution in April 2006 and was printed in Partisan issue no. 22 of January 2007. 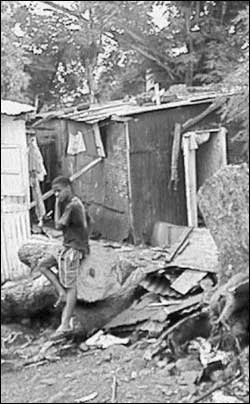 WHEREAS, the inhabitants of the Chagos Archipelago in the Indian Ocean were cruelly expelled in 1973 in violation of British and international law, and in defiance of a resolution of the United Nations General Assembly, before the big US military base was built on the island of Diego Garcia,

AND WHEREAS, this expulsion was done at the insistence of the government of the United States, whose representatives demanded that the islands be depopulated before building the base,

AND WHEREAS, the original memos have since surfaced detailing the plot by British officials to pretend that there were no inhabitants of the Chagos Archipelago, and acknowledging privately that this was a fiction and the islands had in fact been inhabited by a specific population for more than 175 years, a population numbering about 2000 at the time of the expulsion, with their own unique language and culture,

AND WHEREAS, the Chagossians (now numbering some 5000) have twice been found by British high courts to be entitled to return to their islands, but at the insistence of the United States government the British government has defied the ruling of the courts,

AND WHEREAS, the US military base on Diego Garcia has been used for such illegal violent acts of aggression as the bombing and invasion of Iraq, and is reported to have served as a place for the torture of captives beyond the reach of international organizations and law,

THEREFORE BE IT RESOLVED, that the California State Central Committee of the Peace and Freedom Party demands the evacuation of the Diego Garcia base, the acceptance by the United States government of its responsibility for the expulsion of the Chagossians and of the Chagossian right to live in the Chagos Archipelago, the payment of appropriate compensation to the Chagossians for over three decades of exile and deprivation, and the declassification and publication of all documents related to this terrible injustice perpetrated by our government with the collaboration of its British allies.

The story of the brutal exile of the Chagossians, a people of mainly African ancestry who now live in exile in Mauritius, Seychelles, and England, is becoming big news in Britain but is almost unknown to Americans.

Anyone interested in learning more about the Chagossian expulsion, or interested in helping form a California support group for the exiled Chagossians, should get in touch with Kevin Akin (South State Chair of the Peace and Freedom Party) at This email address is being protected from spambots. You need JavaScript enabled to view it. or by phone at (951) 787-0318.