We have 43 guests and no members online

This article was originally published in Partisan issue no. 21, printed September 2005. 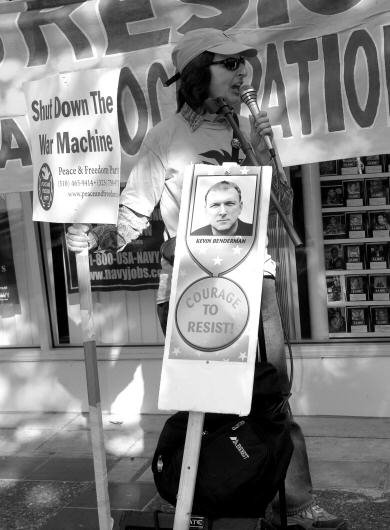 "People are told when they enter the armed forces that they're going to have a career, but the truth is .. when people come out of the armed forces they have less chance of having a career. All the promises that they make about college scholarships, about careers are all false." -- Peace and Freedom Party senatorial candidate Marsha Feinland speaking at a demonstration in support of military resister Sgt. Kevin Benderman at the Oakland Army "Career Center" on July 28, 2005. The demonstration was one of several around the country in support of Benderman on the day of his court martial for refusing orders to return to duty in Iraq.