We have 18 guests and no members online 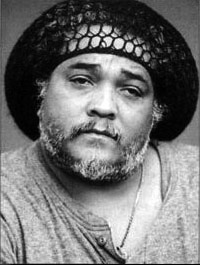 Born in Chicago on February 14, 1949, Michael Zinzun moved to California in 1957 after his father died. After graduating high school, Michael became an automobile mechanic and ran a repair shop in Altadena. He lived most of his life in Pasadena.

A former member of the Black Panther Party, Michael founded the Coalition Against Police Abuse (CAPA) in the 1970s and advocated for the creation of a civilian police review board for the City of Los Angeles.

In 1986, Michael Zinzun was the Peace and Freedom Party candidate for the California State Assembly in District 55.

As a candidate for the Pasadena City Council in 1989, Michael was the subject of a smear campaign in which an assistant Chief with the Los Angeles Police Department that falsely claimed that Zinzun was the subject of investigation by the department's anti-terrorism division. He sued for defamation and won.

“That was my heart,” said Florence, Zinzun's wife of 24 years. “I honestly don’t know what to say. He really liked helping adolescents. He wanted to help them get out of gangs and stop doing drugs and to teach them to stand up for themselves and do what they wanted to do, not what people expected them to do.”