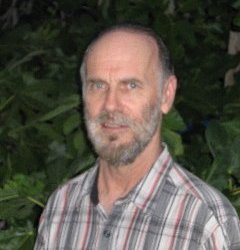 Bill Callison, Contra Costa County Chair of the Peace and Freedom Party and recent party nominee for Congress, died in his home on December 11, 2008. He died of a heart attack.

A long-time Peace and Freedom Party activist, Bill always pushed strongly for integration of our pro-labor and environmental stands in campaigns and programmatic material. Bill supported Ralph Nader for our party's nomination for President in 2008, and his campaign for congress was closely linked with the Nader-Gonzalez national campaign. The election of a full Contra Costa County Central Committee in June 2008, for the first time in many years, gave Bill considerable satisfaction.

Bill Callison's earlier history includes a successful Supreme Court case in which he was recognized as a conscientious objector to military service despite not being a member of an organized religion, and working as founding editor (1967) of The Bond, the first anti-war newspaper for soldiers. A graduate of Stanford University, Bill earned an MA in political science from UC Berkeley. He worked as an electronic technician most of his life.

My loving husband, Bill Callison, passed away suddenly from a heart attack in his home in Concord, CA, on December 11, 2008. He was 67. Bill was born in Bremerton, WA, to Robert and Ardis Zalesky Callison on October 22, 1941. He attended Central Kitsap High School where he was the student body president in 1959. He earned a National Merit Scholarship to attend Stanford University, graduating in 1963 with a degree in political science. He received a master's degree in Far East Studies from UC Berkeley in 1965. Bill lived in the SF Bay Area for most of his adult life. He was active in the Peace and Freedom Party and ran for U.S. Congress for the 7th District in the November 2008 election. Bill had many interests. He was very active in the peace movement and was a tireless advocate for working people's rights. He enjoyed coin collecting, astronomy and cosmology, especially the writings of Immanuel Velikovsky. He liked to sing and play the guitar and wrote original songs as well as improvising the lyrics to many folk and blues songs. He loved riding his bike and often rode to the top of Mt. Diablo. He was also a history buff and had an encyclopedic knowledge of historical events and dates. Bill is survived by his wife Carol Williamson; his brother Dick Callison and his wife Barb Yeomans in Canada; his sister Helen Newhall from Florida, his sister Marjorie Schmalz and her husband Bob from Oregon; his aunts Nan Baker from Oregon and Doris Decker from Washington; his uncles Phil Zalesky and his wife Laura from Washington and Jim Callison and his wife Nari from San Francisco; as well as numerous cousins, nieces and nephews, and last but not least his cat Sweetie. Bill, my soul mate, I'll miss and love you always. Sweetie and I wish we had a million last chances (or even just one) to hold you again and be held by you.