We have 90 guests and no members online

Kevin Akin: I will represent 99% of California

The following statement was issued by Peace and Freedom Party nominee for California state treasurer Kevin Akin and delivered at the February 15 press conference in Sacramento officially introducing PFP candidates running for office in the June 2018 primary election. 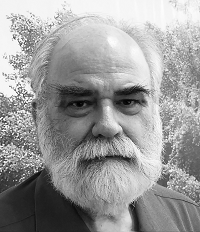 I am running for Treasurer because working people do all the labor, but billionaires take what we make. The ultra-wealthy dominate our economic and political system, keeping major-party politicians from doing anything that will benefit workers to the detriment of the billionaires. I have no intention of representing “all Californians” in Sacramento. I will only represent 99% of them. The One Percent has plenty of representation in Sacramento already.

An excellent example of the distortion in our political system is the question of a California State Bank. North Dakota has a state bank, established back in the day when socialists were represented in their legislature. North Dakota is politically dominated by rather right-wing Republicans today, but the state bank is alive and well, providing important services and saving North Dakota taxpayers millions every year. It is too popular for politicians to kill. But in California, when the legislature passed a bill that merely authorized a study of the possibility of setting up a state bank back in 2011, our oil multi-millionaire governor vetoed the bill. The bankers were determined that no study be done, because it would reveal the immense benefits such a bank would bring to our state.

Last Monday, I submitted my candidate statement to the Secretary of State for printing in the Voter Information Guide. It included this sentence: “A publicly-owned State Bank would save enormous sums for the people.”  The following morning, I was pleased to see the Los Angeles Times print an op-ed piece by David Dayen called “A public bank for all, not just pot entrepreneurs.” He provided excellent arguments, but I will be providing more reasons every week on my campaign website.

Now, I am one of the first candidates this year to propose a State Bank and to put it in my candidate statement – but I will be perfectly happy to see other candidates take up the call. All the Peace and Freedom Party candidates support it. But maybe even some courageous Democrats, willing to forgo the money they might otherwise get from billionaires, will be willing to support this proposal. After all, it would benefit all their constituents across the board – except billionaires. And they need to consider clearly: Just who do they represent? I think we can reasonably consider that any who refuse to take up this call have no intention of representing the 99%, but just the One Percent.